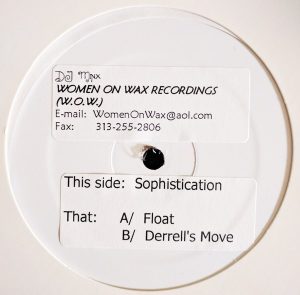 In December of 1996, DJ Minx founded Women on Wax, a collective of female DJs from the Metro Detroit area. From then on, she worked with promoters and DJs across the country to solidify the career of several top female DJs and singers.

With a nod to the collective’s legacy, she launched Women On Wax Recordings in 2001, seeking to amplify the talent of local and global artists and create electronic music deeply rooted in the unique rhythm of Detroit. Over the span of three decades, the independent label features such classics as, “A Walk In The Park” and the politically-charged, “Blind Amerikkka,” and has become a mainstay in Detroit music [her]story.